The GOMP Corp Man Is Fearless! 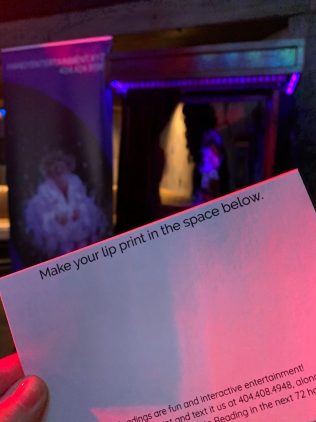 Outstanding Wedding and Party Favors have one things in common–they are meaningful.

Lip Print Analysis and Handwriting Analysis connect everyone. Send a Lip Kit or Handwriting Kit to family and friends who can’t attend attend your event. They make PERFECT wedding and party favors! People are so happy to connect, to find out about themselves, and the cards remind them of you and your event!

Simple or lavish–your choice. A slim, elegant envelope with a Lip Card or Handwriting Card and instructions, or a Lip Kit with a handmade, artisanal card, individual lipstick applicator, makeup remover and your message.

What’s most important to you? Handmade cards? Making sure EVERYONE gets a reading? Why does live, in-person event entertainment that connect people like nothing else?

As we’re getting used to being together again, know that nothing sparks conversation and real interactions better than finding out about yourself and others with handwriting analysis or lip print analysis. It’s fun, it’s neutral, and it’s meaningful!

Many people have started new positions, working remotely with colleagues they’ve never met. When you DO come together, give yourselves a chance to have fun, relax and get to know one another! Build trust,  build community, and create common ground in a heartbeat!

Our Contact-Free Entertainer Booth can keep everybody safe and let them enjoy the live entertainment. 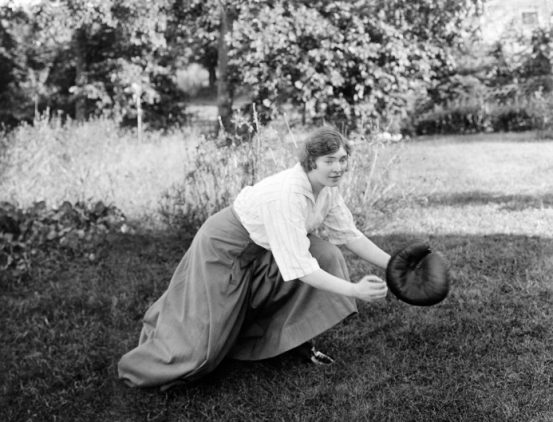 Whose rules are you following?

Who makes the rules?

Are you a rule breaker, a rule maker, or a rule shaker?

Some things in life are soothing. One of them is following the rules. The traditions. The way we do things.

Rules: The Back Story Upfront

I was living in France and invited to a friend’s weekend home. It was spring and the weather was gorgeous. My friend had loads of visitors and family there. When I arrived, everyone was gathered outside and they all beamed at me when I walked up. It was so strange – I didn’t know anyone but the host and his family. Everyone stared at me expectantly and I was unsettled… then he introduced me “This is Jan, she’s from America. Jan teaches us how to play the baseball!“

Panic–if you know me at all you know that I don’t know anything about sports. All I knew about baseball was that there’s a bat, a ball, and a glove, and the ball fits in the glove. I said as much. They were relentless. They said, “We need your help! We are sure you have a better idea of how to play than we do!“ I looked around and saw that they had placed three bases and a home plate. They had a glove, a bat, and a ball.

What could I do? I split them up into two teams, had somebody pitch, somebody bat, and somebody catch. I told them to run if they hit the ball, and if they got tagged they were out. We had a blast and we all won.

Rule-following, -breaking, and -shaking happens in the world of events because there is ALWAYS something unexpected that happens. Frequently, it’s the rules that change. Maybe somebody didn’t tell us their rules. Maybe they mis-told us the rules. It could be that they simply didn’t know which rules to tell us.

Planners, entertainment companies, venues, caterers, AV companies, DJs, and designers all have their own ways of doing things. Do they have hard and fast rules? Sometimes. WHY do they have those rules? To prevent a log-jam for the service elevator? To make sure their equipment stays safe and ON site?

How Other People Do It

It doesn’t always matter how everybody else does things. Take a moment and try something new. I am happy to say that I’ve learned to improvise with the best of them. For example, your structure starts ‘blowing in the wind.’ Amazing how many different solutions you’ll find….

Some rules are really important. For example, the load-carrying capacity of a beam is indisputably important. The amperage that a circuit can carry is of paramount importance. The order of a ritual might be important for some people and it might be open to discussion for others. If you don’t ask you’ll never know. Even though I wouldn’t put acrobats’ lives in danger by using a beam that is structurally inappropriate and I wouldn’t overload a circuit, I would rewrite the rules of The Baseball.

The Low-Down on Rules

1.  Look around and see what everyone else is doing.

2.  Pretend you know what you’re doing.

3.  Admit you don’t know the rules, and ask for guidance.

How do you decide which choice you should make?

Here are your three basic choices:

Use those moments where everything has been turned upside down, equipment breaks down, venue operator doesn’t arrive on time, the bride’s dog gets into the cake—whatever it is, you’ll be amazed at what you learn when you make up the rules. Play Ball!

Lip Print Analysis and Domes on the Roof

Glamping on the Four Seasons Atlanta‘s  rooftop terrace with their cozy, spacious domes, and spectacular views was a treat! The Giving Skirt shared drinks in 93 – three-ounce test tubes. We gave guests Lip Print Analysis with insights into their traits and gifts. The best part was watching people positively glow when they got their analysis! Then, seeing them sharing and comparing what they’d found out with each other was so much fun! Some of them knew each other; other times their lip prints gave them common ground, a little something to share and break the ice.

Glamping with the Giving Skirt

The Giving Skirt gives guests the opportunity to move and be moved. Huh? Let’s say you want to get your people into the ballroom for the keynote presentation, but the bill ringing and announcements just aren’t cutting it. What can you do? Cue the Giving Skirt! The great part about it is giving out unusual or useful items–for example, flowers, wedding escort cards, or guest favors.