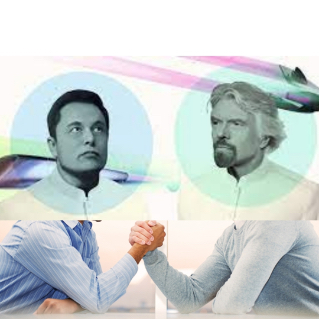 This is about Richard & Elon.

No. It’s really about taking action. It’s a post from April 1, 2021. It is called True Story because it is a true story.

I hope you enjoy it!

The GOMP Group Man Is Fearless!

The GOMP Group Man is fearless and really knows how to rock his lipstick! Only real men dare to do Lip Print Analysis in broad daily, in public, in front of colleagues. He did it, and it was amazing!

What Are You Building Your Booth for?

To build a contact-free entertainer booth, decide if it’s for one-time use or if you’re building it to last. Ours is built to last. It’s solid and structurally sound, easily assembled and disassembled, and made of high-quality components. The panels are solid wood and the entire structure is built on a base with casters. That makes it simple to easily reposition during an event.

Who Is It For?

Take into consideration the height of the booth. Who is your target audience? Can they access the secret trap door and see the entertainer? If you’re traveling with the booth, consider the average height in different countries. The window height in Scandinavia will be different then in Japan. Not generalizing, but we want to be specific to our clients’ needs and demographics when we show up.

Lighting can make your booth stand out. On a trade show floor, we’ll set the LED colors to differentiate ourselves from the other booths and the overall design of the hall.

It’s All in the Details!

What size booth are you aiming for? We’d recommend enough space for one entertainer to be able to move or sit comfortably in the booth. Ours is 84.7″ h x 35″ w x 21″ d, which keeps it pretty Handy😁!

To make your booth contact-free, you’ll need a communication system, a barrier of some sort, and a way to share items with attendees. Even though there are lots of options, we built a trap door into the booth base, about 2 feet from the ground. This lets us surprise guests and make sure our smallest guests can be part of the action!

Other Things to Consider

How fragile is your booth in terms of shipping? Is shipping necessary for long hauls? How much does it weigh? Will it safely fit into a vehicle and be protected from the elements? How long will it take to set up and break down? How much power will you need? Is a step stool necessary to set it up? Will you use curtains? Signage? What materials will you use? How will you suspend or attach them? Will you make general announcements from the booth? Do you have a microphone? How about an air purification system? Sunshield? Sandbags? Will your costumed entertainer need heating or a fan?

Word to the wise: If you are working in the great out-of-doors in the Southeast from March to October, don’t forget your insect repellent, sunscreen, and water! Cooling vests and cooling cloths are also really helpful.

Oh, and as you can tell by the video, setting up the booth is very quick😉!

The FedEx Small Business Grant Contest has launched and I am so happy to share that we were selected as part of it! Please vote for us and help us win so we can help you stay connected! You can vote once a day (every day!) between March 10-24, 2021.

Thank you so much! Share with your colleagues, friends, and family!

Some of the ways we would use this grant are:

Hybrid Lip Kits to keep you and your loved ones safe and happy, either virtually, or as part of your in-person event!